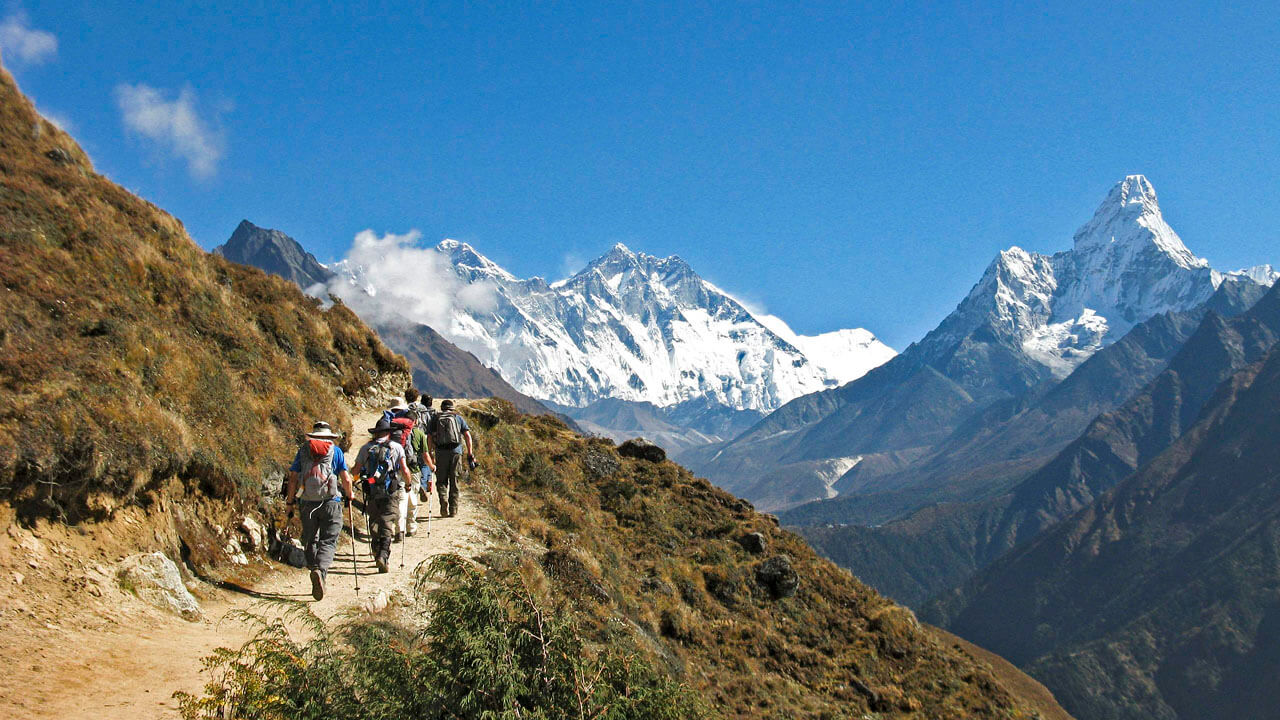 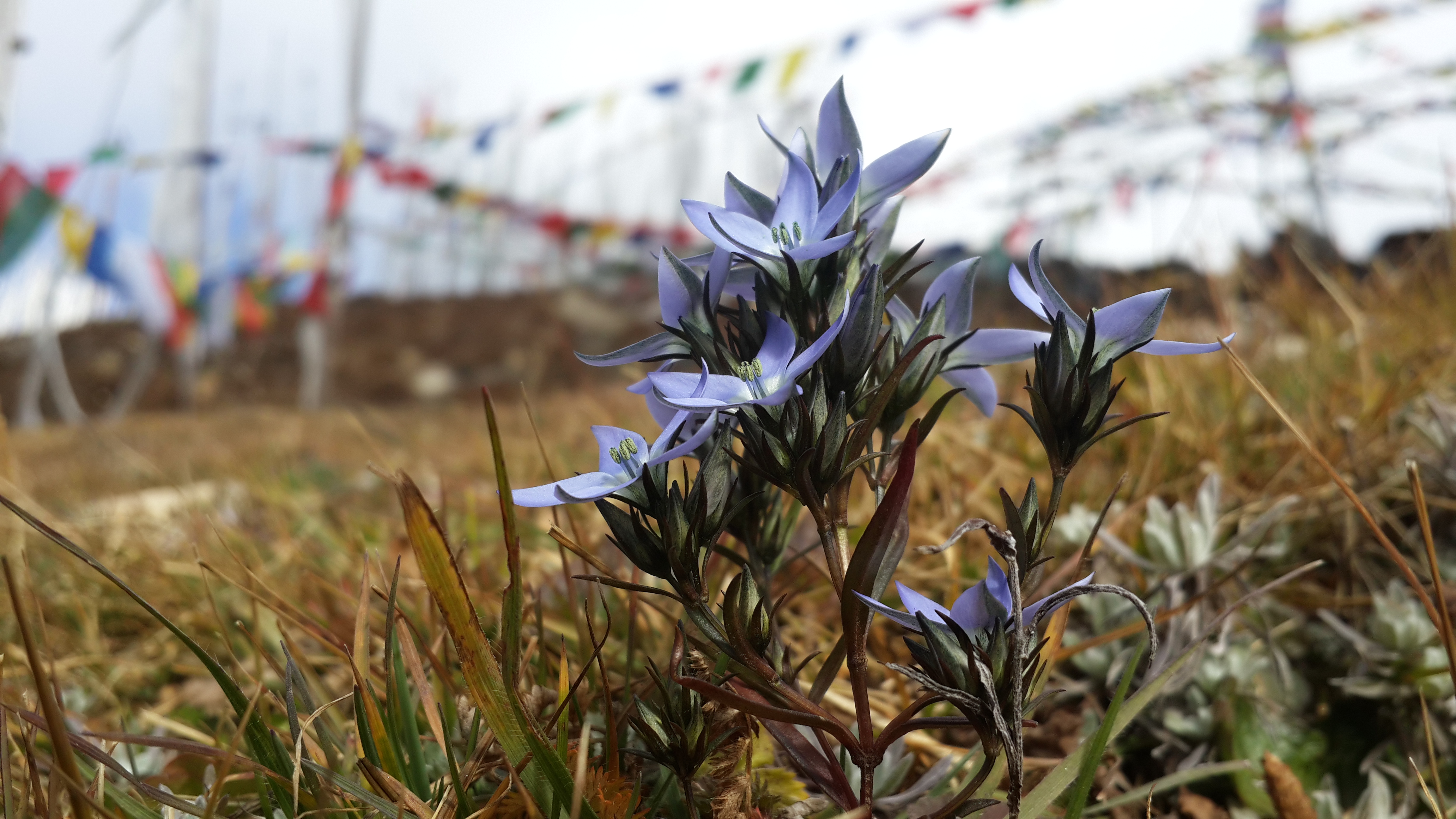 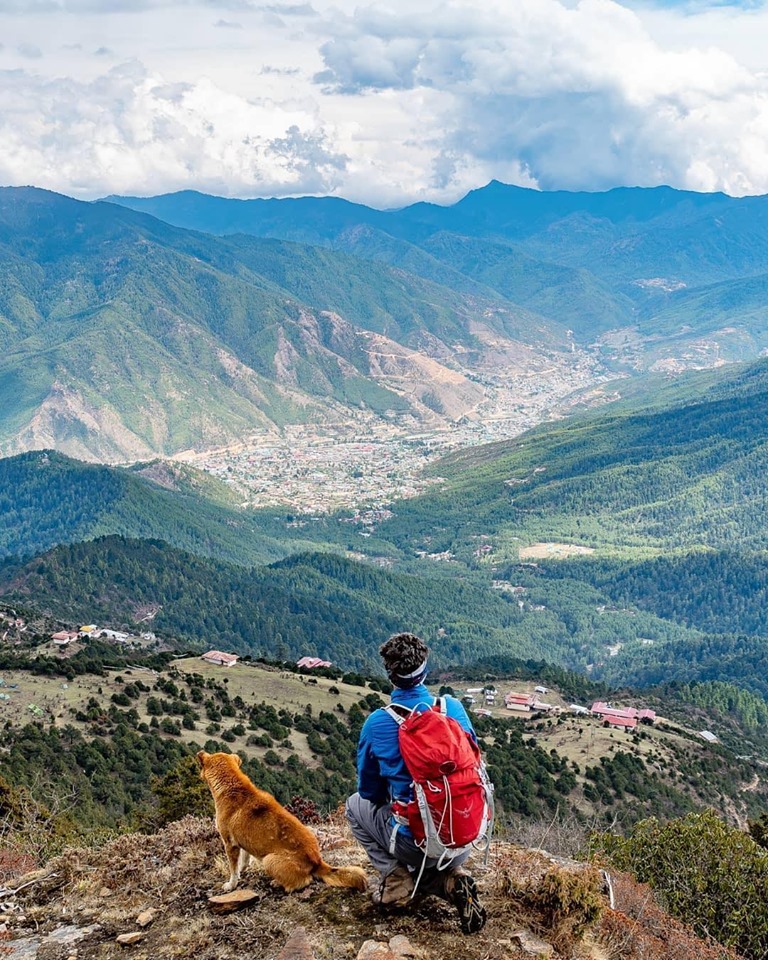 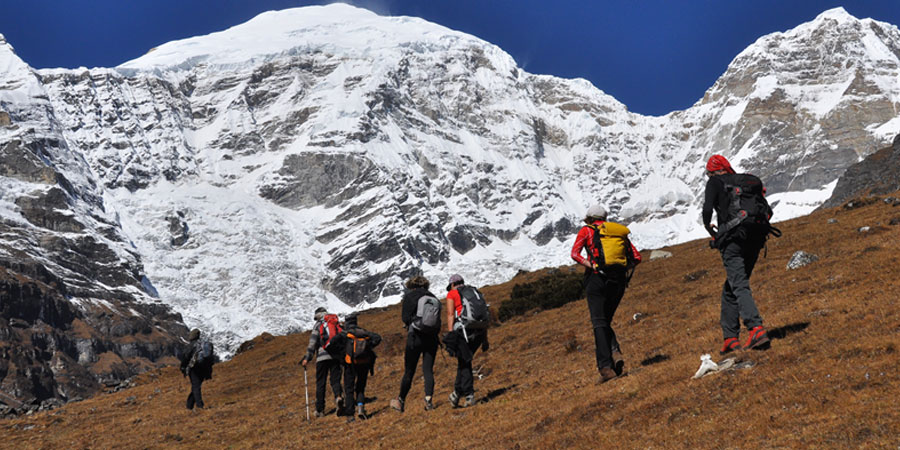 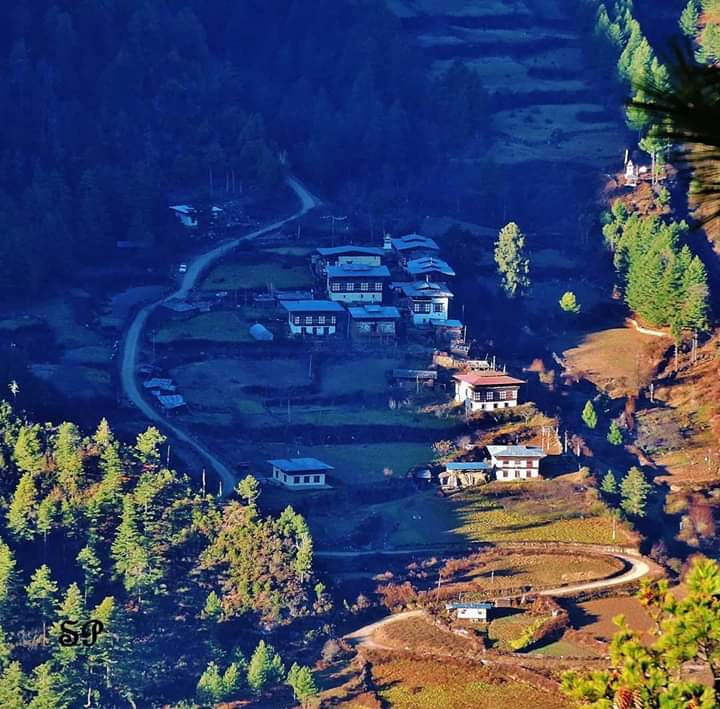 This pleasant short low altitude trek route follows the traditional trail used by people moving between Thimphu & Punakha when there were no motor roads. The trail passes through a beautiful landscape of blue pine, rhododendron and oak forests, sun drenched terraced rice fields and beneath snow capped mountains. Visit remote villages, monasteries, temples and other sacred monuments along the trekking route. It is particularly recommended during the winter season. Other highlights of this tour include the historical sites and diverse landscapes of Bhutan’s western valleys.

The flight to Paro is one of the most spectacular mountain flights in the world, with a constantly changing panorama of some of the highest mountains on earth. Our Bhutan Everest Tours and Treks representative will meet you at Paro airport. After lunch enjoy afternoon sightseeing around Paro, including a visit to the National Museum, Ta Dzong. This museum houses many religious relics, works of art and handicrafts offering a great orientation into Bhutan’s historical, cultural, and religious past. Next, visit the Rimpong Dzong to see the painting of the great saint Milarepa, considered as the master of meditation by the Bhutanese and believed to have attained enlightenment in a lifetime. Dzong’s are large monasteries and district administrative centres, which were once strategic forts. Afterwards, transfer for Thimphu (Capital of Bhutan)

Enjoy a full day of sightseeing in Thimphu beginning with a visit to the National Memorial Chorten depicting the Buddhist faith in the form of paintings and statues. This temple was first initiated by the Third King as a protection from the negative elements of modernization. The Royal Queen Mother completed it as a memorial stupa for the Third King who passed away in the year 1972. You will also visit the 12th century Changangkha Temple and Drubthob monastery housing the Zilukha Nunnery. If there is time, you may visit the nursing pen for the Takin, the national animal of Bhutan, and Tashichhodzong.

Dinner and overnight at your hotel in Thimphu.

Continue sightseeing in Thimphu. Visit the School for Arts and Crafts where students are taught the 13 types of Bhutanese art. Other sites to visit include: The National Library housing the collection of Bhutanese scriptures dating back to the 8th century, the Traditional Paper Factory displaying the Bhutanese paper making process, the post office to view some of Bhutan’s famous stamps, and a fascinating replica of a medieval farmhouse at the Folk Heritage Museum. Other options include a hike to Tango Monastery (45 mins), one of the most ancient monasteries in the Thimphu region or a hike to Phajoding Monastery providing a splendid view of Thimphu valley.

Drive towards Dechhencholing to Kabjesha to start the trek. The trek begins with a 4-5 hrs climb to Sinchula pass through blue pine, oak and rhododendron forests.

Night halt in camp at Sinchula at an altitude of 3380m.

On a clear day, views of Phajoding Monastery and some of the Himalayan peaks can be seen. The first part of the trek is rather slow due to difficult trail conditions. After an hour’s walk, the village of Thinley Gang, Talo Monastery and the highway to Thimphu can be seen. The trail leads on for 4-5 hours walk through mixed forests to the camp at 2440m.

The third day of the trek starts with 4 hours descent through dense forests. A small stream has to be crossed twice. Then continue for another 3-4 hours through villages and rice fields to the village of Chorten Ningpo, an old temple.

The trek will be through several villages till you reach to the vehicle. Then you will drive to Punakha, which is the ancient capital of Bhutan. In Punakha we will visit Sangchen Dorji Lhendrupchling Nunnery which is located above Khuruthang town.

After breakfast visit Punakha Dzong, built in 1637 by the Shabdrung, the ‘Unifier of Bhutan’ as predicted by the great Guru Rimpoche (Padmasambhava). It is situated at the confluence of the Mo Chu and Pho Chu Rivers and is the winter headquarters of the Je Khenpo and hundreds of monks who move en masse from Thimphu to this warmer location. The three story main temple of the Punakha Dzong is a breathtaking example of traditional architecture with four intricately embossed entrance pillars crafted from cypress and decorated in gold and silver.

Afterwards proceed to Paro. On arrival in Paro, check into the hotel.

After breakfast hike to Taktsang Monastery. The trail is broad and the walk of approximately 1.5 to 2 hours uphill takes you high above the Paro valley. The view of Taktsang Monastery built on a sheer cliff face 900 metres above the valley floor is a spectacular sight. The Monastery is also an important pilgrim site for the Buddhists. The great Guru Rimpoche is said to have flown here on the back of a tigress when he brought the teachings of the Buddhist Dharma to Bhutan in the 8th Century. Nearby there is a teahouse where you can stop for refreshments before returning to Paro for lunch.

In the afternoon drive to the ruins of the 17th Century Drukgyel Dzong, an historic monument built by the Shabdrung to commemorate his victory against invading Tibetans in 1644. In fine weather the towering peak of the sacred Mount Jomolhari (7314m) appears as a stunning backdrop. On the return drive to Paro, visit 7th Century Kyichu Lhakhang, one of the 108 temples constructed by the Tibetan king Songtsen Gampo. Kyichu is built in a manner similar to the Jokhang in Lhasa. Inside there is a great golden image of Buddha Shakyamuni.

Day 10: Depart paro
After breakfast drive to the airport for flight to your onward destination.
Tashi Delek!